Pranks is a short ghost story about an orphan child named Katie that arrives at an impressive new care home. A reclusive child that prefers to keep to herself, Katie moves into her new room unaware that the ghost of a mischievous little boy with a penchant for tricks and games also inhabits her home. Katie continuously falls victim to the boy’s childish pranks and is unable to convince her new foster mother that another presence resides in the house with them. This sets her on a quest to obtain proof of the boy’s existence. What develops is a territorial feud between Katie and the ghost, as Katie tries to stop the ghost from encroaching on her new home. 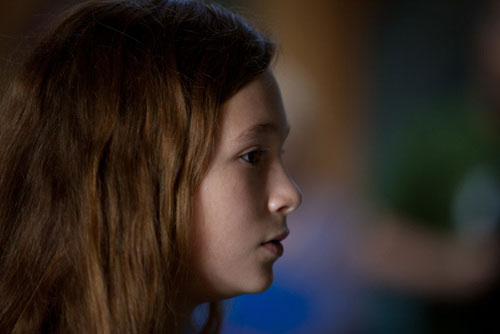 Ellie Darcey-Alden is an amazing young actress who is best known for her role as young Lily Evans in Harry Potter and the Deathly Hallows Part 2. In the short ghost story Pranks, Ellie plays the lead role of Katie, a twelve year old orphan that arrives at a new care home and falls victim to the antics of troublesome ghost.

Ellie made her acting debut in 2009 in the Robin Hoodepisode Total Eclipse. This was followed by a recurring role as Emma Walker in three episodes of the BBC hospital drama Holby City.  In 2012 Ellie joined Matt Smith and Jenna-Louise Coleman for the Doctor WhoChristmas special, The Snowmen. Set in Victorian London, Ellie played the part of Francesca, one of two children (the other being Ellie’s real life brother Joseph) being looked after by the Doctor’s new assistant Clara. Ellie can also be seen in Welcome to the Punchand Tess Of The D’ubbervilles. 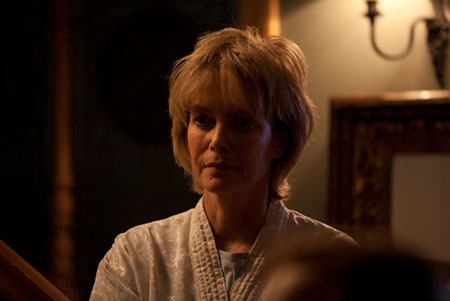 In Pranks, Jenny Seagrove plays Joyce Anders, a grieving caregiver who fosters a homeless child in an attempt to make amends with the past. This great English actress has had a long and impressive career on both stage and screen. Jenny is best known for her role in Bill Forsyth’s Local Hero and as barrister Jo Mills in the BBC drama series Judge John Deed.

Jenny made her television debut in 1982 appearing in such series as The Woman in White and The Brack Report and soon found international acclaim with her role as Emma Harte in A Woman of Substance.

Jenny Seagrove’s many other credits include Don’t Go Breaking My Heart, Moonlighting and William Friedkin’s The Guardian, for which she recieved a Saturn award nomination for Best Supporting Actress. Jenny continues to appear on stage, recently appearing in The Country Girl and in Noel Coward’s Volcano at London’s Vaudeville Theatre. 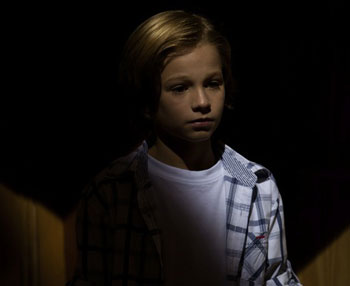 Joseph Darcey-Alden is a promising young actor and the brother of Ellie Darcey-Alden. Joseph made his screen debut with Pranks, a short ghost story for kids, playing the mischievous ghost that causes all sorts of trouble for his real life sister. Joseph performed with his sister again in the 2012 Doctor Who Christmas special where he played the part of Digby. Joseph’s many successes include the lead role in the stage adaptation of Raymond Briggs’s The Snowman at London’s Sadler’s Wells Theatre.